So, this has been the first time I have had six and a half weeks off education/work since I was at school myself. What did I do? Bake of course! This post is all about the bake.


I had five cake orders. The first being my first ever wedding cake for best friend Tor. That took place in the first week and for the whole week in the summer holiday. This was the most challenging and exciting cake that I have taken on. You can read more here.


I then had a week off caking and back on it with a one of my most detailed cakes, in terms of models. The Gruffalo baby shower cake. I've not read the book before and enjoyed my "research", which involved watching the two films. The Gruffalo is such a good story. I would definitely read this to my child (if I have one). This was such a fun cake to make and I loved seeing each of the characters come to life. This took about five days from start to finish. This has to be one of my favourite cakes. The finished cake brought a lot of joy and smiles to faces.

For the two birthday cakes, I was going for colourful and magical; sunshine and enchantment. Whilst incorporating elements that Amelia liked (butterflies) and mum liked (a rainbow, bees and toadstools). Amelia is known by the family as"little fox" so obviously I  had to include one on a cake. Am pleased with how all the elements came together over the two cakes.


I received Hotel Chocolat chocolates and gorgeous flowers from my cousin I-lin, as a "thank you" for making the Gruffulo cake and two birthday cakes. Such a lovely surprise!


The third and final cake order was an elephant christening cake. This was a 10" chocolate cake and 8" Victoria sponge decorated with bunting, a balloon and building blocks. I thought the elephant topper turned out quite cute :-)


We defrosted our freezer at the end of the summer holiday. I had lots of cakes in the freezer that were test bakes or didn't make the cut for Tor's wedding cake. These all got defrosted and used up over the holiday. I decorated Victoria sponge and lemon cupcakes for Amy & Chris' housewarming, a 4" vanilla cake for Amy's birthday and a three layer 10" chocolate cake for our end-of-Summer barbecue.

I'd just bought Cake Craft letter and number cutters and wanted to try them out. Perfect size for a single letter/number on cupcakes.


For the chocolate cake, I used Primrose Bakery recipe, which you can find here. I trebbled the recipe to get these big cake layers. I sandwiched the three layers with chocolate buttercream. I left it naked and dotted the top with some playful Smarties. This cake was huge. I didn't think it'd all get eaten at the barbecue, but it did! 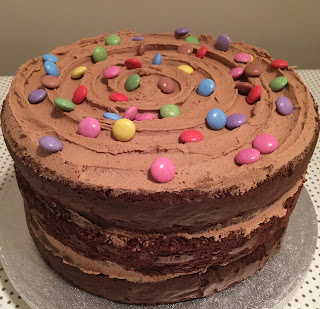 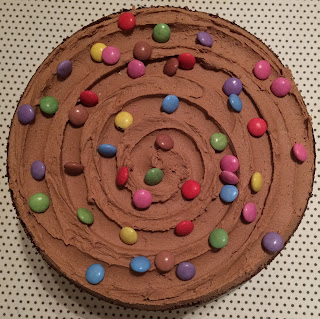 
I've gotten back into baking my own bread. Haven't done it for ages and it feels good. I use the Doughworks recipe, after attending bread making courses with them. Really recommend these, as it demystifies bread making, is a lot of fun and make ideal gifts. Me and hubby originally received the basic bread course as a gift from his mam. I then purchased the sourdough course as a gift for me and Leigh.

We had an end-of-summer barbecue during August bank holiday weekend and made a couple of batches of bread buns. These turned out great; some of our best bread yet; albeit a little on the large size; but went perfect with the homemade burgers. We received lots of lovely compliments. People didn't realise they were homemade. One said they thought they were bought from an artisan bakery; another wouldn't believe they were made by us even after telling them. 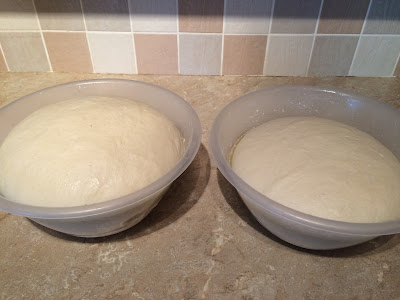 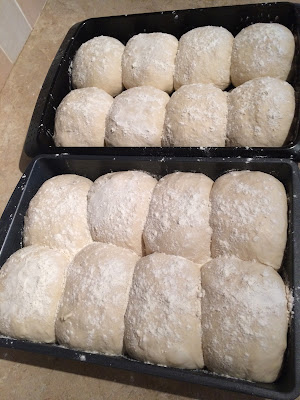 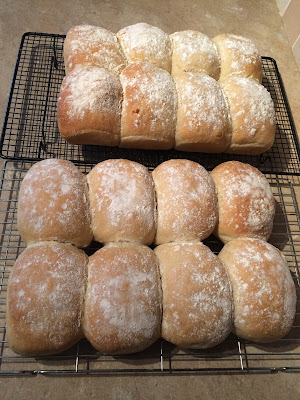 Of course, I had to make dessert. And what screams Summer more than a fruity pavlova. So easy to make and one of my favourite sweet things to eat. See recipe here, which I doubled to get large one. 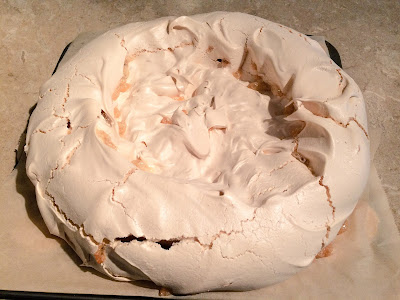 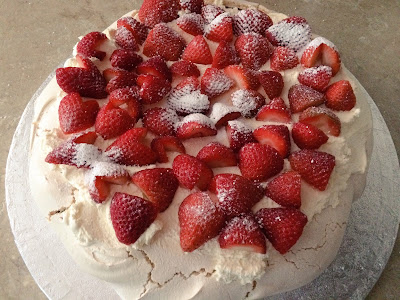 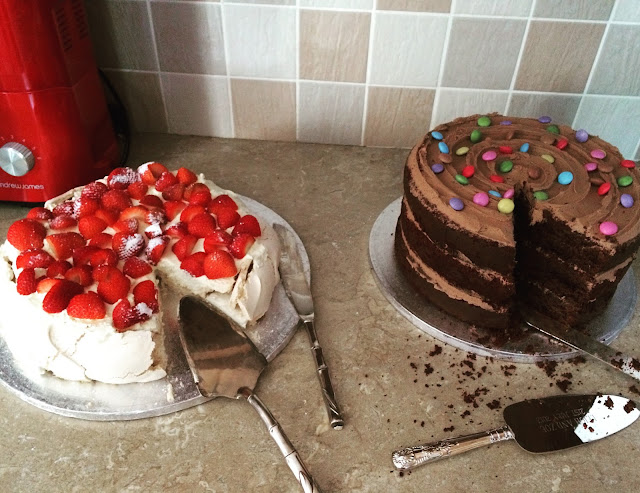 August is a busy month for celebrations. It's both my mum and dad's birthday, as well as their wedding anniversary in August. My mum requested a cake made of two of her favourite foods: ginger and pistachios. I used Chetna Makan's recipe for Pistachio, cardamon & white chocolate cake with a few tweaks to make a ginger and pistachio loaf. I swapped the cardamon for ginger powder and the white chocolate for crystalized ginger. I wasn't going to top the cake but decided to melt white chocolate and drizzle it over. I added some chopped pistachios and crystalized ginger to make it look prettier. The result was a lovely moist and soft sponge. I would have liked more ginger flavour, so would add a tablespoon instead of a teaspoon of ginger powder next time. However, mum said the cake itself was perfect the way it was. Just didn't need the white chocolate drizzle, which made it a bit too sweet. Very high praise indeed, coming from my mum! 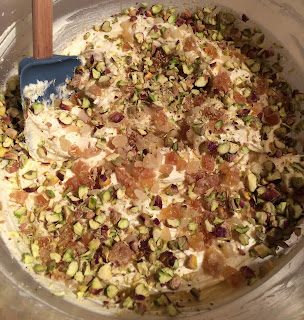 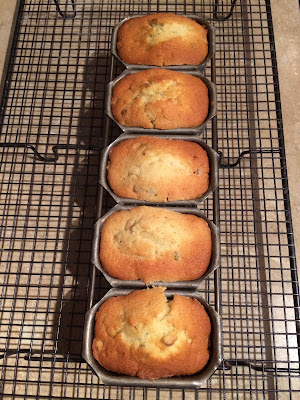 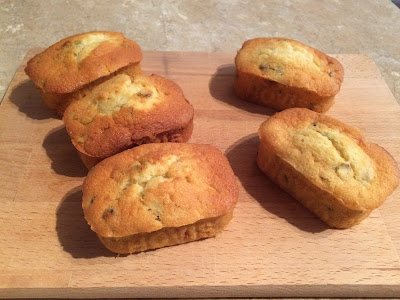 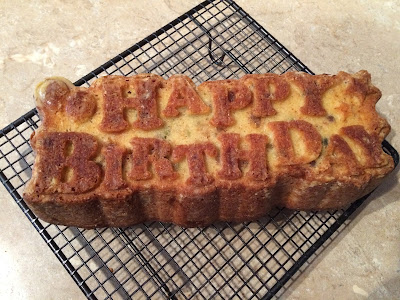 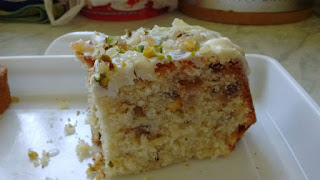 
In July, I was approached by Sucre Kitchen on Twitter to submit some pictures of my home bakes. These would be considered to be featured in their new online magazine's first issue in September. I was well chuffed that I was chosen to be included amongst such talented home bakers. 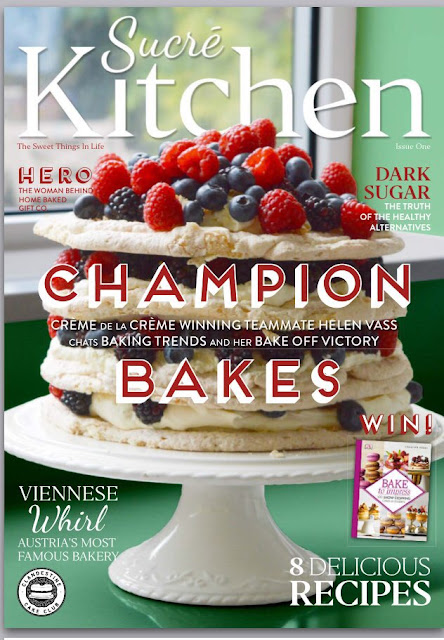 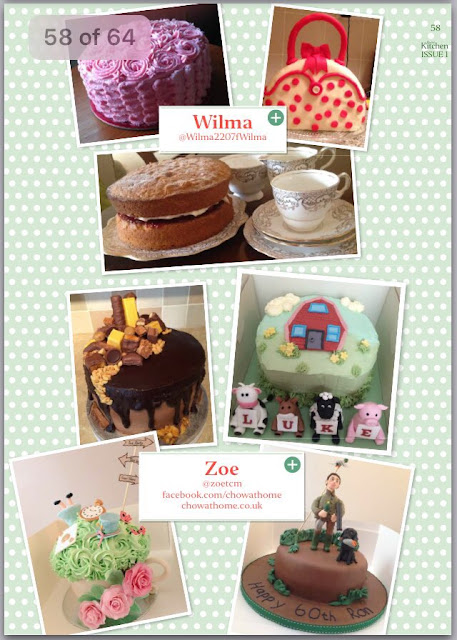