This year, we treated Leigh’s parents to their favourite takeaway and I made a key lime pie for dessert. First time making this dessert but one I’ve wanted to make for a while. I used Hummingbird Bakery’s recipe, which was alright. I would make some tweaks if I was going to make it again. Less biscuits for the base and less cream topping. I would have liked more lime flavour in the filling but it was something a bit different and special, as well as enjoyable to eat. 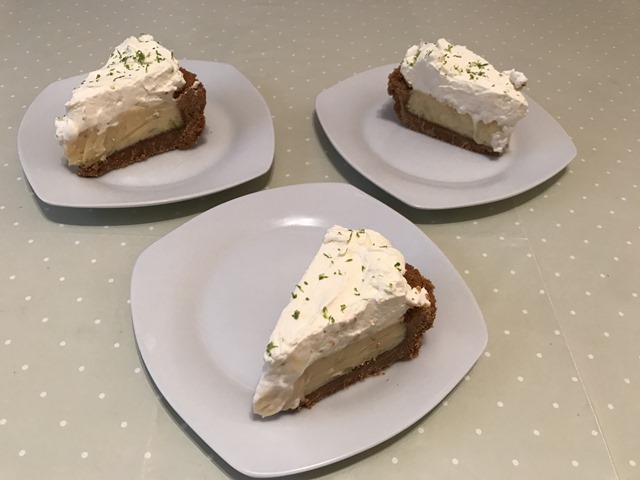 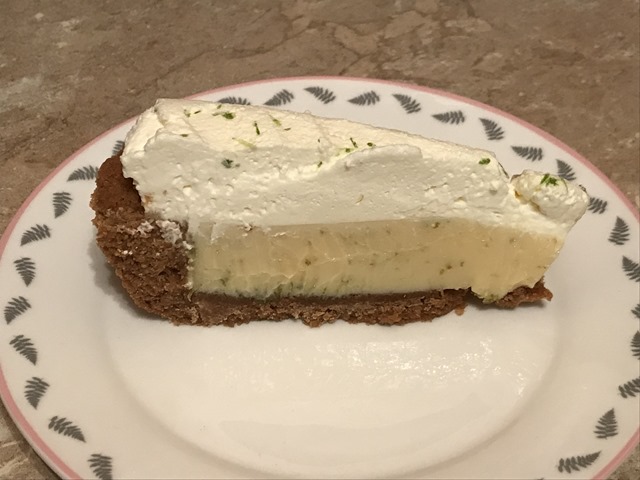 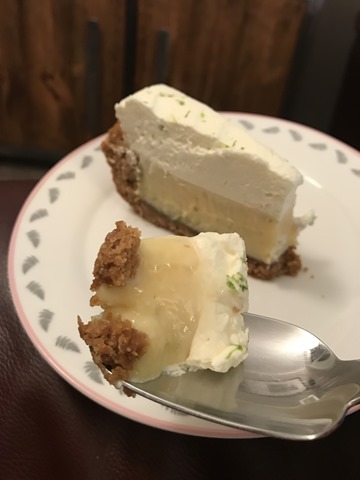 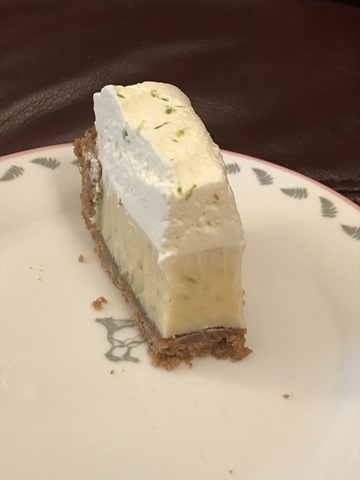 
#TwitterBakeAlong started with two bakers (Baking Nanna 1 and Rob C Allen) and inspired by Great British Bake Off (GBBO). Home bakers baked along with what contestants made each week. There was a prize for the Twitter Star Baker. Twitter Bake Along has continued on after GBBO has finished. A community of home bakers on Twitter bake along to a theme each week.

I don’t get to join in most weeks but enjoy seeing what other people make. On Father’s day, I entered my Key Lime Pie and Granola Bars during #NationalPicnicWeek. There were over 50 bakes that week and I was surprised to win Star Baker with my Granola bars! I won a fridge magnet, glass cake stand and cookie stamps.

This Granola bar recipe is super easy, versatile in ingredients and really tasty.  For a softer set, you can bake for 45 minutes instead of the whole hour.  An ex-colleague of mine tried this recipe and loved it. He tried adding fresh apple, which works really well. Just peel and chop into small chunks. Check it out and let me know if you give them a go.


We’ve heard good things about Chilli Padi in Newcastle from social media, friends and family. We got to visit here at the start of June (during Half term break), as well as the end of June with my parents for a belated Father’s day meal.

On our first visit, we got the Hainanese chicken rice, fish and aubergine hot pot, beef flank Rendang curry and a side dish of garlic choi sum.

One cool thing to note about this eaterie is you can bring your own booze and there is no corkage fee for drinking it. Leigh took full advantage of this by treating himself to a bottle of red bought from home.

I'm spoilt when it comes to Chinese food. My dad is a chef and cooks restaurant standard Chinese food. The Hainanese chicken rice is nice enough but I get to eat similar chicken quite a lot at home, that I wouldn't necessarily order this again. I wasn't bothered about the broth that accompanied the chicken. That got left. However, if I bring people who haven't had this dish before - I would recommend it to them. The fish and aubergine hot pot was tasty, although I would have liked more fish. The beef flank Rendang curry was packed full of flavour, fragrant and yummy. The choi sum was good quality and cooked well. This Chinese veg portion is huge, so was good value for money.

We really enjoyed our first visit to Chilli Padi, and got to enjoy the leftovers the day after as well. It was definitely a treat for us in our half term holiday.We looked forward to returning. And we did. Sooner than we realised at the time!

England was playing Panama in the World Cup during the Father’s day meal. I was lucky to get Leigh to come to the meal instead of going out to watch the match with his friends. That’s true love, haha. Just as well, we were winning 5-0 at half time, which put us in a good mood at the start of the meal.

We all chose a dish each. I chose the Butter king prawns (my cousin’s recommendation). Leigh got the Thai chicken wings and Lamb flank curry hot pot. We got a coconut rice to share. My mum got the fish head noodle soup and my dad got fish and aubergine with boiled rice. I got to try a drink from the menu that intrigued me - Air Bandung. This is a drink popular in Malaysia, Singapore and Brunei. Bandung is evaporated or condensed milk flavoured with rose cordial syrup. A pretty colour, very sweet and pungent. I liked this and found it especially refreshing that hot Summer day.

My fave was the butter king prawns (a bit more expensive than other dishes but worth it) and I preferred the curry from our previous visit. There was loads more flavour in the Rendang and stood out for us. My mum really loves the fish head noodle soup from here, so if that’s your thing, then she recommends it. You get a massive portion, definitely shareable (for the braver and more traditional of us) and will do for a meal the next day.

Comparing the food to other Chinese eateries in Newcastle, we found the food to be reasonably priced and tasty. The atmosphere is informal and the service is efficient. We’ve been twice now and would like to return with a group of friends, get lots of dishes and share ‘Chinese style’ (like tapas) between us all. I think the more people there are, the more value for money the food will be. Instead of being around £15 per head, it would be more like £10 per head. The menu is huge and there’s other things I want to come back and try. If you have been before and have any recommendations, please let me know.

England scored another goal during the meal, bringing the final winning score to 6-1. This is a record breaking score, from where England continued to be successful in the World Cup. Could it be coming home?!