I made a surprise birthday cake for my cousin Carine’s 30th last month. It was my first time doing some serious sugar crafting and cake decorating. I was originally going to do just a veggie patch with different veggies. But then decided to go the extra mile and also have a go at making a mini Carine!

The cake was a challenge (it actually caused a few arguments at home!) but I mostly enjoyed the process. A lot of love went into it and I was really chuffed with the outcome. I was itching to get started on another cake decorating project straight after finishing this one! I already have loads of ideas of how to improve and want to challenge myself some more.

Carine was truely surprised at her birthday meal and she was delighted with the cake :-)


I chose to do a butternut squash cake with vanilla buttercream, as know this is one of Carine’s favourite cakes of mine. It then occurred to me that I haven’t shared this recipe yet. Even though this is one of the first bakes I ever tried that was successful. So here it is, better late than never!

I use this Halloween pumpkin cake recipe but substitute the pumpkin for butternut squash. I then top the cake with buttercream but you could use this cream cheese recipe instead. 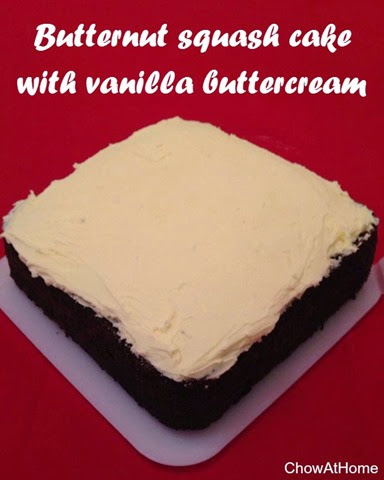 Ingredients
For the cake:

1. Heat oven to 180 Celsius/fan 160 Celsius/gas 4.
Grease and line a small roasting tin with baking parchment.
2. Put the flour, sugar, spice, bicarbonate of soda, sultanas and salt into a large bowl and combine.
3. In another bowl, beat the eggs into the melted butter, stir in the orange zest and juice.
4. Then mix with the dry ingredients until combined.
Stir in the butternut squash flesh.
5. Pour the batter into the prepared tin and bake for 45 minutes,
or until golden and springy to the touch.
6. Cool cake completely.
7. Whilst cake is cooling, make the topping.
Beat butter until creamy.
Add extract and mix.
Add icing sugar then mix until thick and creamy.
8. Spread buttercream on top of cake. 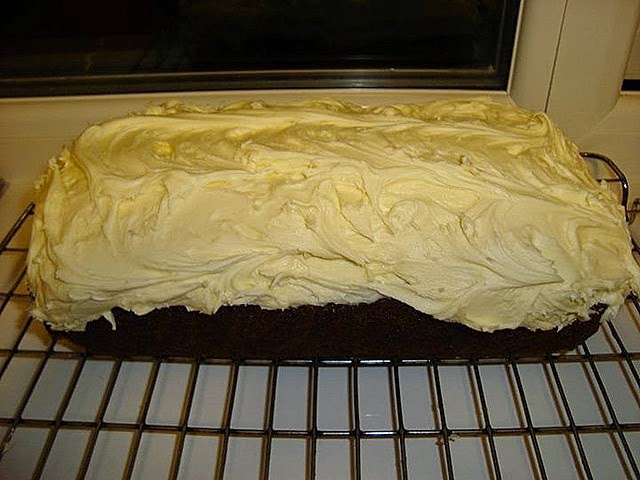 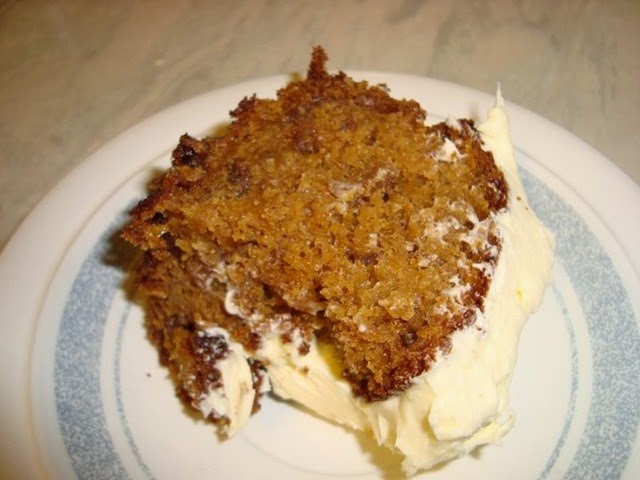 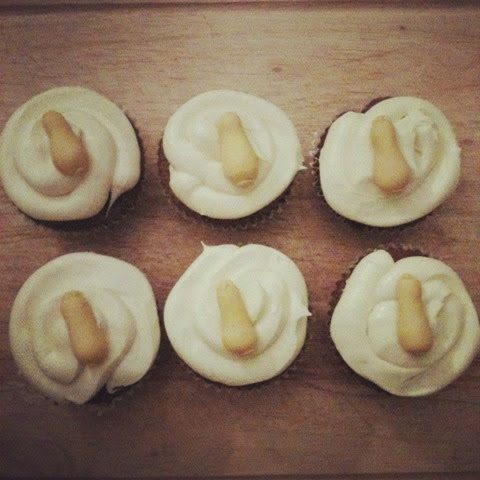 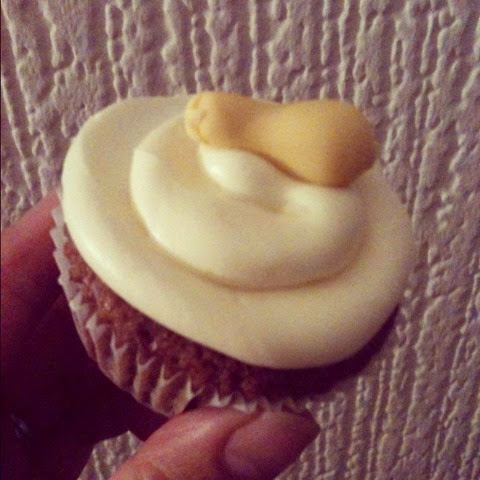 I'm linking up with #CakeClub in August 2015 over at Kerry Cooks!