Happy What I Ate Wednesday! These are a day’s eats from Saturday (also the first day of March).

Early in the morning, I began work on making burger buns that we would have later. 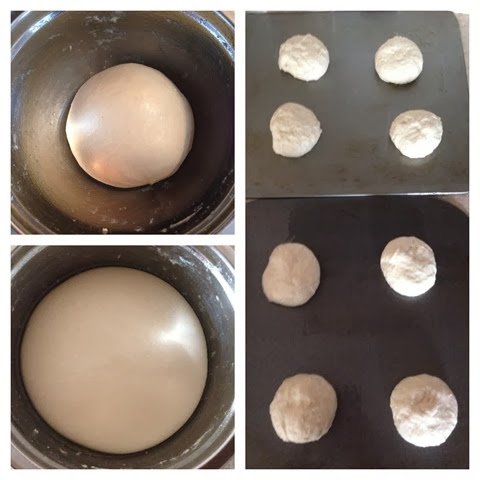 For breakfast, I tried making Canadian style pancakes. I normally make these British style pancakes and fancied a change. I used this recipe and they turned out decent. Butter and maple syrup go so well with pancakes! I also made these yesterday for Pancake day, where I had it with bacon which was really yummy! 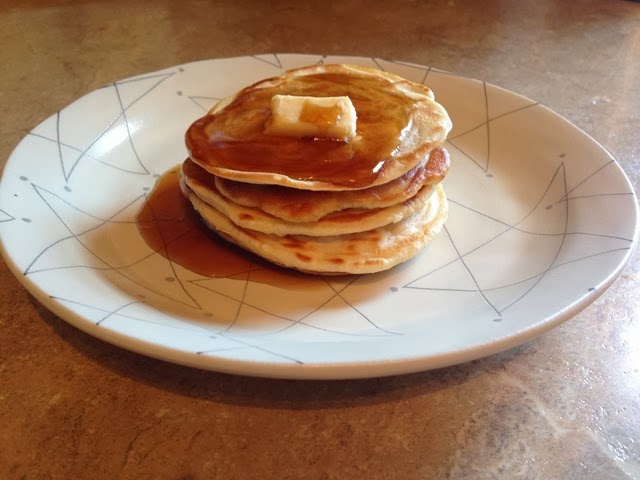 Pancakes alone didn’t seem to satisfy me. So, I also had a bacon sandwich, using homemade bread I’d made the day before. I'l be blogging about my homemade basic bread recipe real soon! 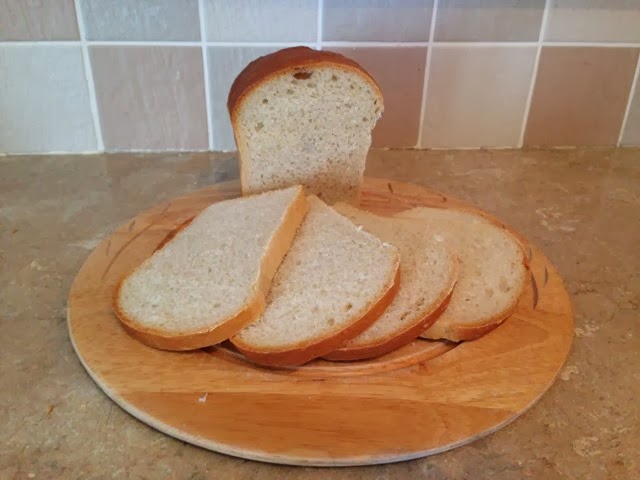 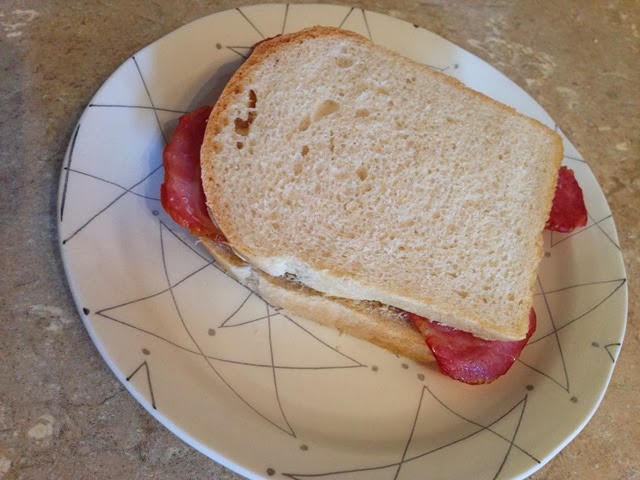 The burger buns turned out ok. Shame they didn’t look like the picture. Nonetheless, they served their purpose well for lunch. 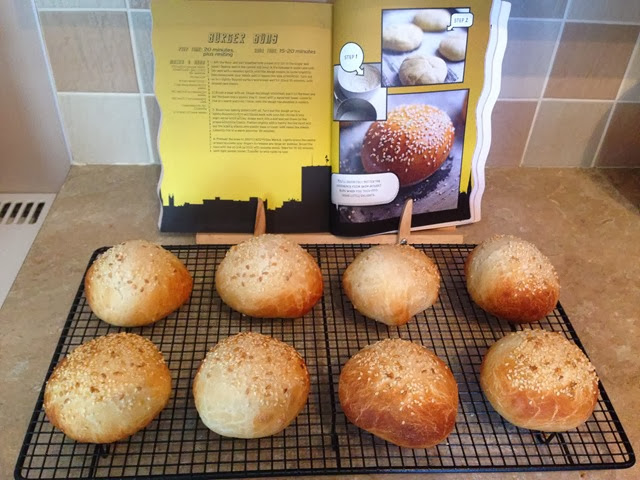 I had a go at making coleslaw for the first time. I threw together leftover ingredients that needed using up from the fridge. Apple, carrots, white cabbage, spring onions and chives with mayonnaise.  I was chuffed with this apple slaw. Fresh and flavourful! I will be making more coleslaw in future :-) 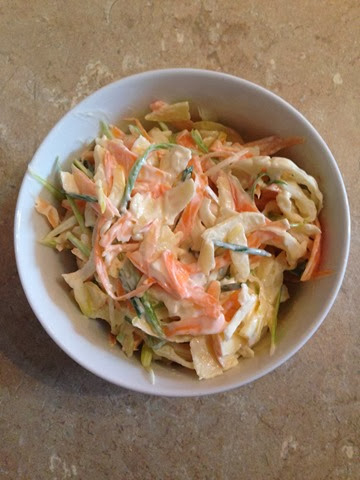 I had made up some pork mince patties the day before and cooked them off for lunch. They’re not the prettiest looking of pork burgers but they tasted really good! The apple slaw went really well with the burger. Appearances aside, Leigh said that if he had gotten this at a restaurant, he wouldn’t be disappointed! I have to say that they were mighty fine ;-) This meal was so filling that I felt I needed a lie down afterwards! 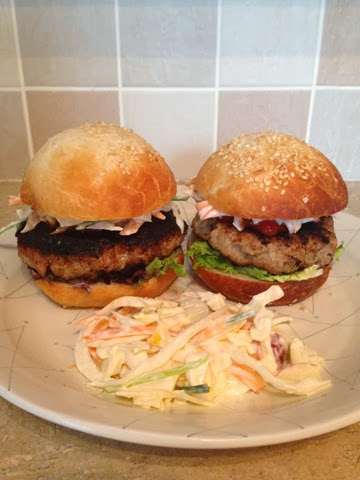 Later, I had a Whittard of Chelsea Acai & Goji Berry fruit infusion tea. I'd had a lingon berry drink earlier. I’m finding i'm loving my fruity drinks at the moment! 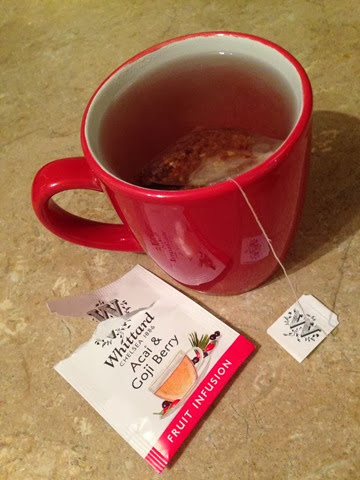 I decided to make a pavlova which I’ve never made before. I had 3 eggs that were past their best to use up and my mother-in-law’s recipe from finds old eggs work best. She makes the best pavlovas, so I was a little nervous because I wanted to get it right. I also had avoided making these (and meringues) till now, as was convinced they were too difficult for me to make successfully! It turned out not to be as difficult as I thought it would be. It was actually quite simple, just a bit time consuming to get the egg whisked to the right consistency and waiting for the pavlova to cool completely in the oven. 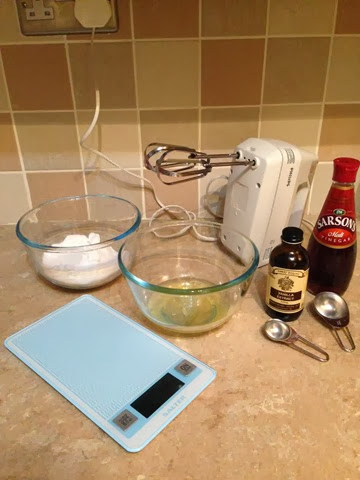 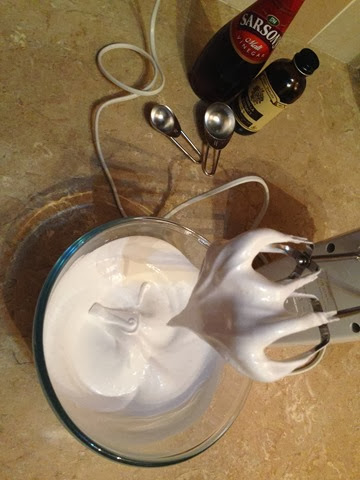 Whilst the pavlova finished cooling in the oven, I made dinner. I wanted to make something quick and easy, as all I had been doing all day was cooking & baking/washing & tidying up! Lunch was also big and heavy, so I was looking for something lighter to eat. I made chicken & mushroom flavoured pasta ‘n’ sauce (out of a packet) with broccoli (that I’d steamed) and grated cheese stirred in. Normally I would eat meat for a main meal but didn't miss it on this occasion. I felt I had enough meat for today! 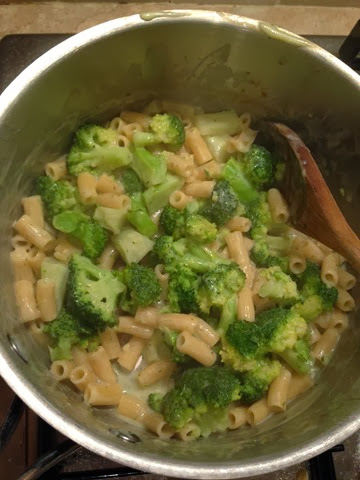 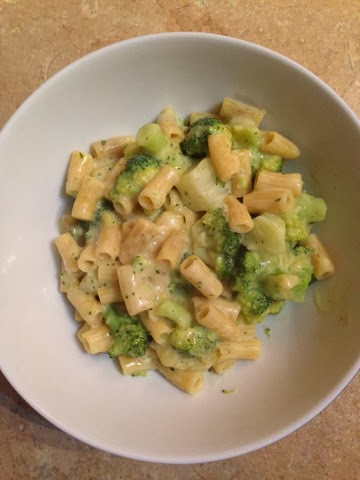 The pavlova turned out alright. Not as good as my mother-in-law’s but I thought I did a decent job for a first go. You can try the recipe here. 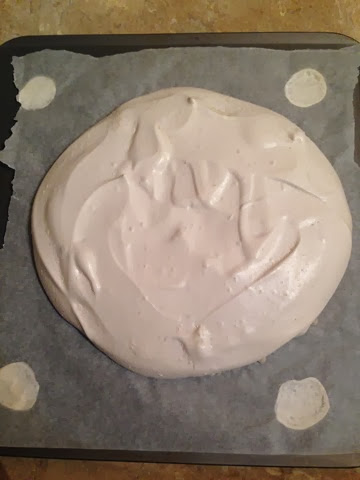 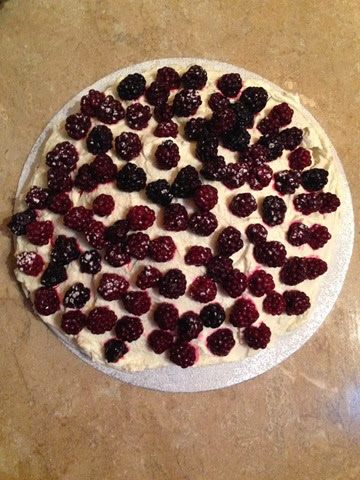 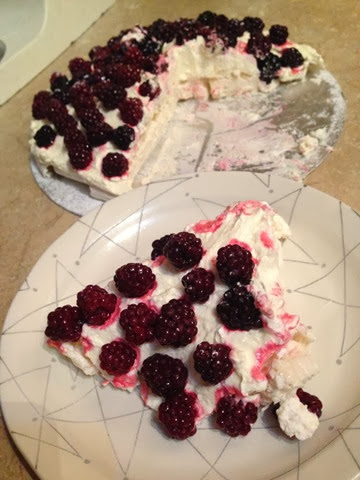 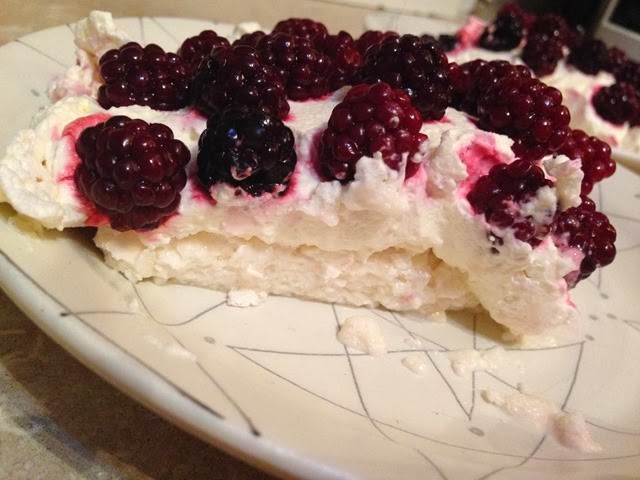 You can see what other bloggers are up to and their day's eats over at peas & crayons. As always, thanks to Jenn for hosting WIAW!
Labels: apple slaw bacon sandwich blackberry broccoli burger buns Canadian style coleslaw homemade bread pancakes pasta pasta 'n' sauce pavlova pork burger recipe what i ate wednesday Whittard of Chelsea wiaw