Seeing as there have been a few festive celebrations recently, I enjoyed a lot of baking and tasty food in the latter part of last week.

There have been plenty of Cookies, Cupcakes and Chinese food!

I made Oat & Raisin cookies on Thursday (where I blogged the recipe here). 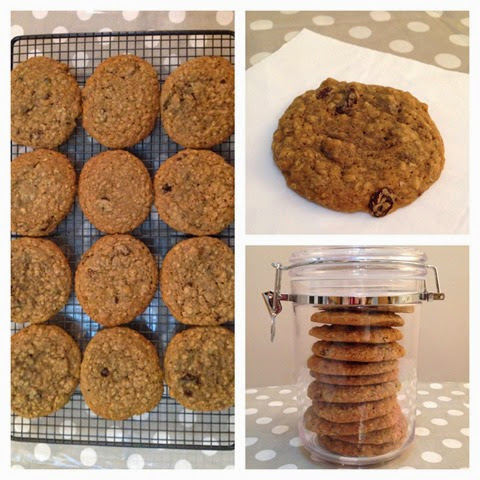 Interestingly there are two celebrations held on March 14th. White day and Pi day. I found this out on the day whilst looking through my Instagram feed.

White Day is a month after Valentine's day on March 14th that is commonly celebrated in Japan. On this day, the gentlemen pays back to the ladies who gave them gifts on Valentine's Day. In other words, you can call it an "answer day."

Pi Day is celebrated on March 14th (3/14) around the world. Pi (Greek letter “π”) is the symbol used in mathematics to represent a constant — the ratio of the circumference of a circle to its diameter — which is approximately 3.14159.

I thought I’d celebrate both by baking cookies for my love and scoffing a pie!

For White Day, I made my peanut butter & chocolate chip cookie (see recipe here). Leigh works really hard at his job and hadn’t been feeling well, so I wanted to make him his favourite treat. And any excuse to bake! 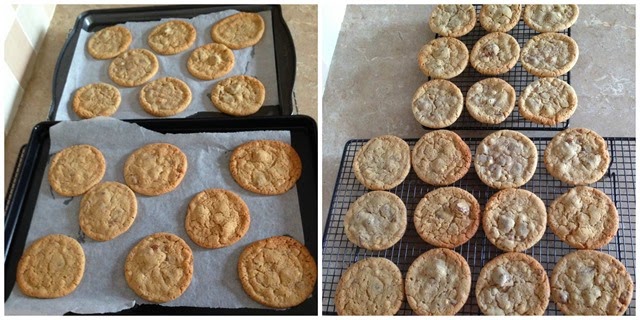 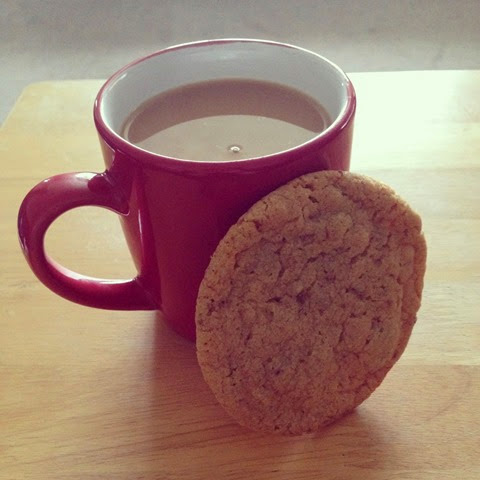 For Pi Day, I wanted to make a pie but I found out too late to make one in time before going to work. So I planned on getting a pie for my dinner whilst at work. I normally make a packed lunch/dinner for work but thought I’d pay and eat out for a change!

There’s a Greggs right by the youth club I work at, so seemed like the obvious choice. It was about 5:30 pm and there was only one pie left in the shop! C’mon Greggs, sort it out! Any later and my plans to have a pie on Pi Day would have been scuppered. I couldn’t believe it. Although I would have liked a choice, I did enjoy my Greggs mince pie. 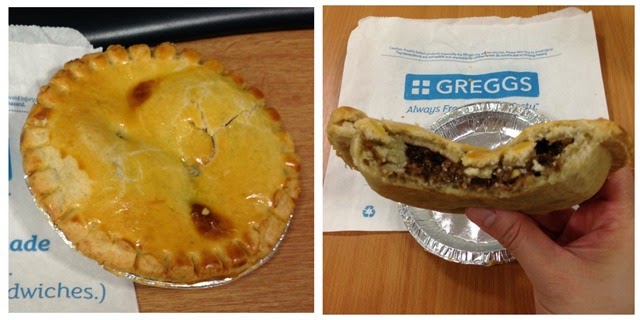 Followed by a tasty peanut butter and chocolate chip cookie :-) 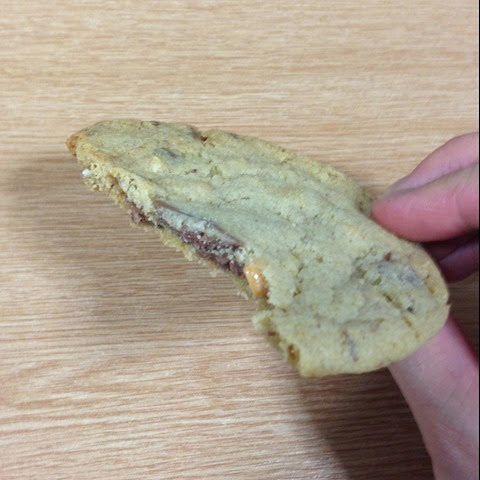 My brother Aaron came home for the weekend from Manchester. I had three small ripe bananas to use up and I know he likes banana desserts. So, I made my Banoffee cupcakes (banana muffins with caramel buttercream). Absolutely delicious! The flavour and the texture of the muffin is amazing! I’m pleased to say that Aaron liked it :-) 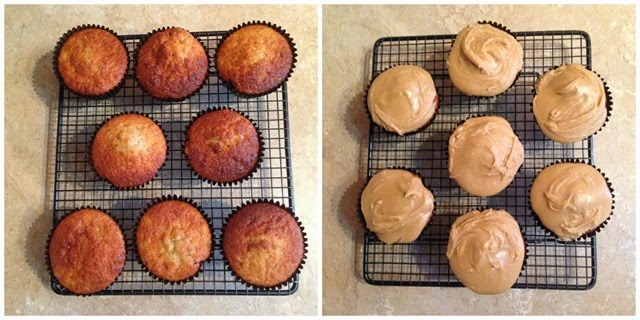 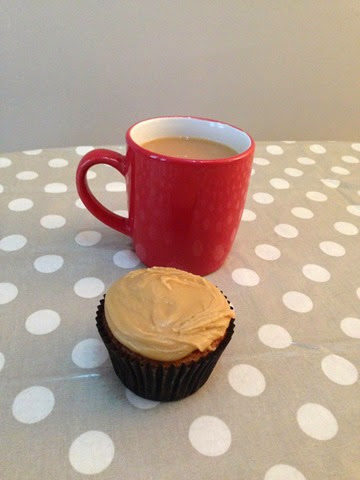 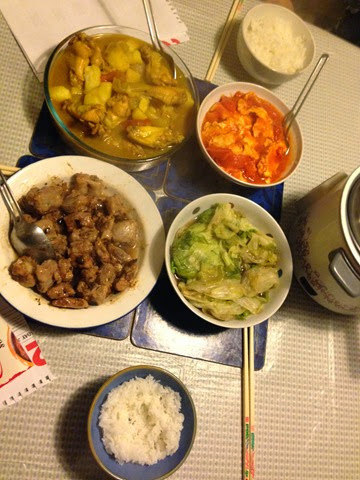 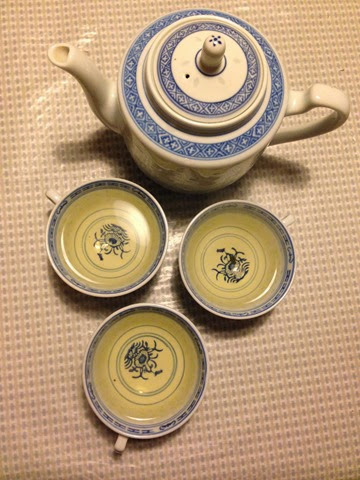 
I knew I wanted to do some sort of cupcake for St. Patrick’s Day. But I couldn’t decide on what, until I woke up on Sunday morning. And then the idea came to me. I wanted to try making Mint Chocolate cupcakes (chocolate cupcakes with peppermint buttercream) for the first time and try my hand at piping chocolate decorations.

When I went to get the butter out of the fridge, I could only find a little bit left. I thought I had brought new packets of butter recently. I only had 60g of butter. This was annoying and posed a big challenge. I looked through my baking books and fortunately came across a chocolate cupcake and buttercream recipe (that when halved) use exactly 60g butter! The recipes are from the hummingbird bakery cookbook.

I was chuffed with my hand piped chocolate decorations. I drew out some shamrocks onto acetate and turned over. I then melted some dark chocolate in a plastic bowl in the microwave (at 30 second intervals and stirring in between). I scooped the melted chocolate into a piping bag and piped onto the acetate following the outlines. I used a bit too much green food colouring and peppermint extract (on hindsight) for these cupcakes. But overall, they were decent :-) 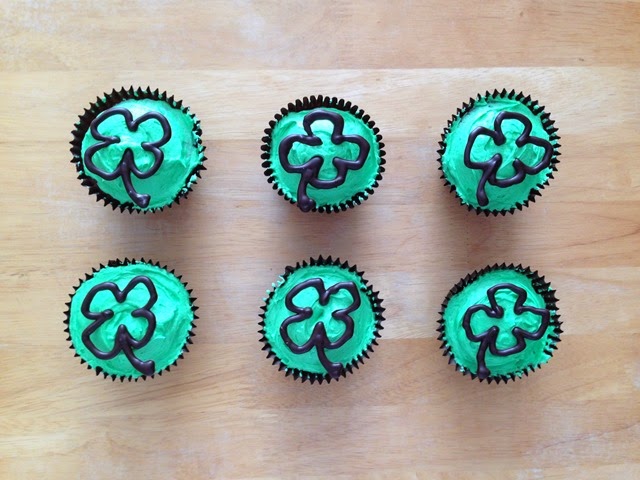 As my brother and cousin were up from Manchester, all the family went out for a meal at Blue Moon, Newcastle. Yay! More Chinese food. Such special and delightful food. Love eating out with my family.

I am getting hungry again thinking about this meal now as I type! 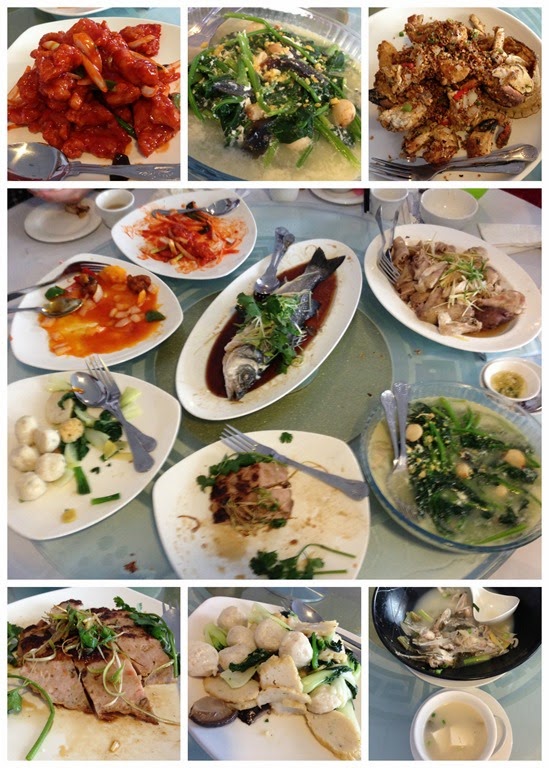 We then had cantaloupe melon for dessert (unpictured). As well as some of my baked goodies. I brought along my peanut butter cookies, banoffee cupcakes and shamrock cupcakes, which all got dished out.

After the meal, I did look in my fridge again and lo-and-behold, I found my new packet of unopened butter! So, I baked a full batch of Mint chocolate cupcakes for mine and Leigh’s work colleagues tomorrow (St. Patrick’s Day). 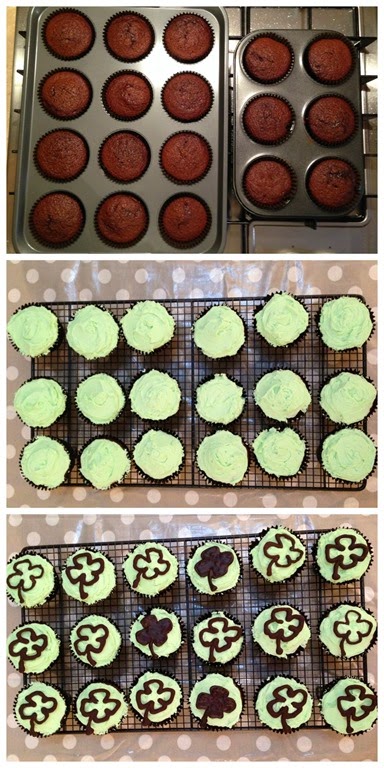 These turned out better than the first batch. I used a different buttercream recipe (my mother-in-law’s) and added less green food colouring. Improvement. The buttercream was a more appetizing mint pastel colour rather than a toxic luminous green! The peppermint taste was better too – more subtle and balanced with the chocolate cupcake. Even the chocolate cupcakes turned out better second time round. I think sometimes when you halve recipes, the quality of the finished product is affected and can go down. For example, I used half an egg for the first batch. Trying to achieve that was probably not the best thing to do.


For St. Patrick’s Day, I wore my green jeans to work and shared my cupcakes with colleagues and young people I work with. I didn’t think mint choc was a popular flavour so didn’t think many people would rate them. But they were a hit, especially with Leigh’s work colleagues! I’m not usually one for mint choc but after tasting these, I’m more inclined to go for mint choc desserts in future! They were moreish – I wanted more than the one that I had! 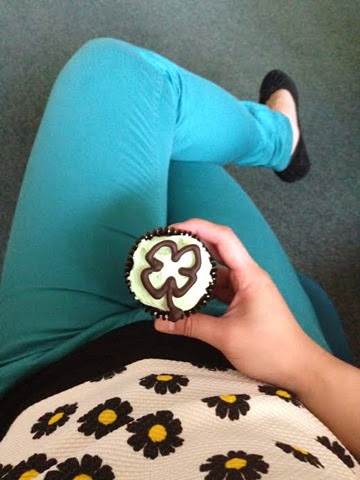 I’ve posted the recipe for these mint chocolate cupcakes in the next post, as I think it’s good enough to share. 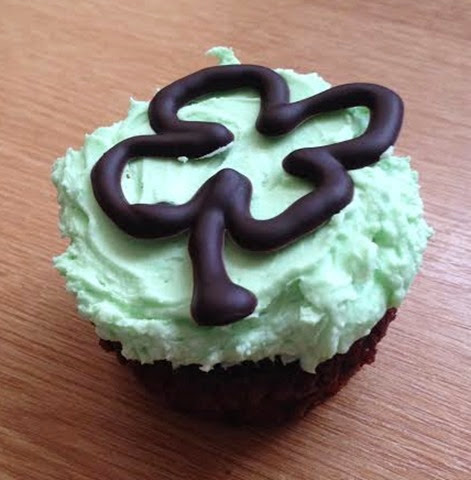 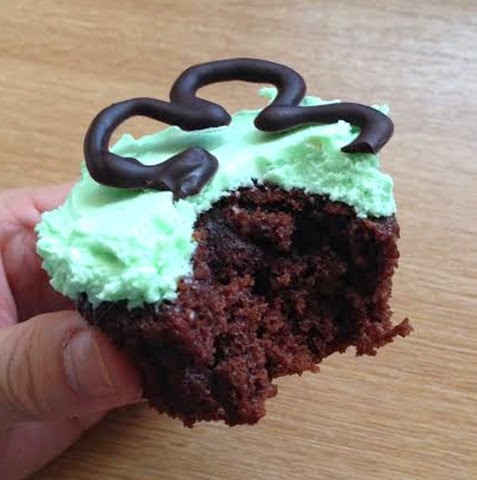 I continued the green theme and ended my Monday night with a Matcha latte and Pocky chocolate. 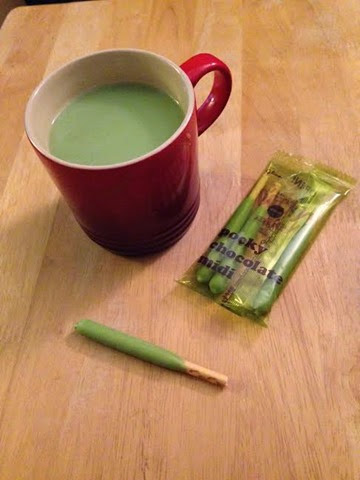