Hope all you lovely mothers had a wonderful Mother’s Day last weekend.

We celebrated with our mothers on Mothering Sunday then belatedly during the following week. And unsurprisingly through the medium of some good food! Both home cooked meals were thoroughly enjoyable. And I tried baking some new things, which were a success! 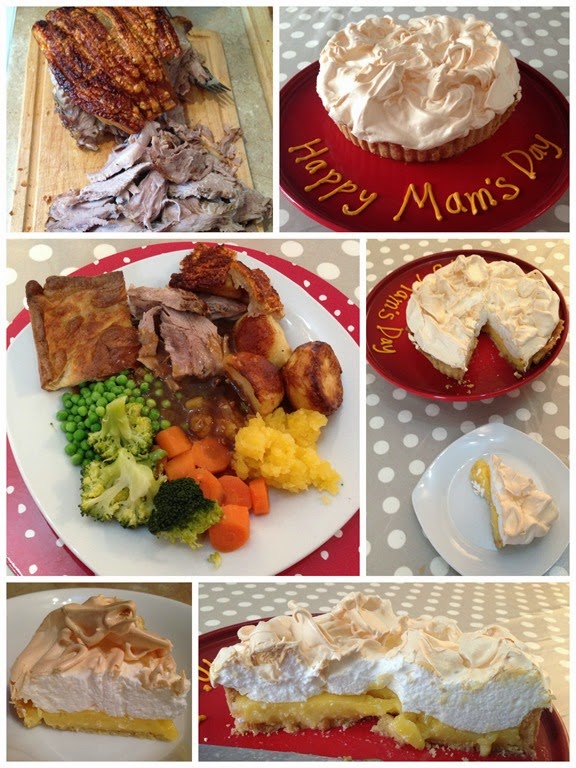 Me and hubby cooked for his parents on the Sunday.

Leigh cooked roast pork shoulder and attempted to do crackling. He’s tried a couple of times in the past without much success, but third time’s a charm and he nailed it! Crackling was so crispy and crunchy! The meat was really soft and juicy too. Full of flavour!

Just score the skin then rub olive oil and salt onto it. Cook the meat on medium heat for a few hours and then high heat for end of cooking time. We cooked it at 180°C for three hours and then 220°C for half an hour. 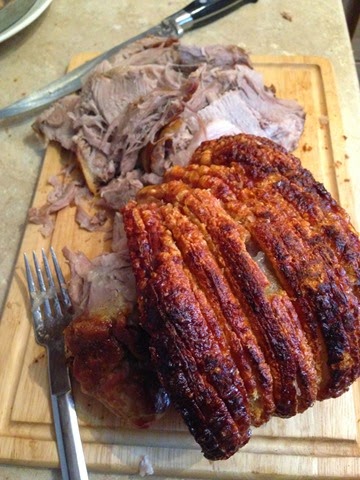 We’ve also tried several recipes for Yorkshire pudding with limited success. Tried Delia Smith’s recipe and it was decent. The Yorkshire pudding turned out a bit deflated and overdone whilst trying to cook everything else in the same oven. But it tasted good and will probably make again. 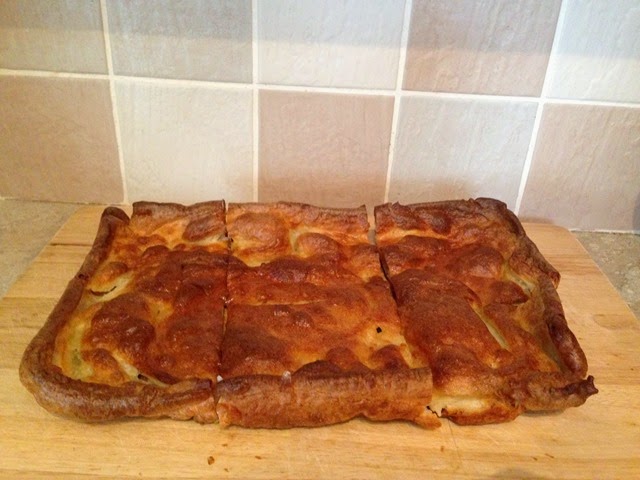 Roast goose fat potatoes and steamed veg completed the dinner. We don’t get round to cooking roast dinners often as I’m not the biggest fan. But it does make a good meal when you have people round. And this was one tasty plate of food! 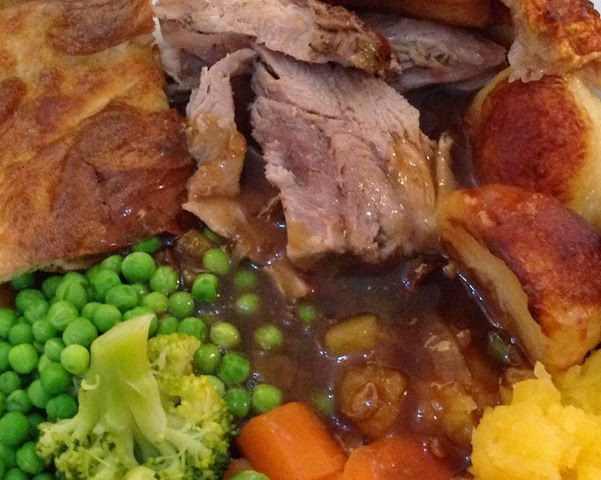 I decided to make a pudding for my mam-in-law’s meal. I wanted to try something new and different and went for a Lemon meringue pie. I’ve not made one before but fancied the challenge. I thought it would be something special (as takes a bit of time and effort), impressive (if it works out!) and therefore fitting for the occasion. I chose Angela Nilsen's recipe for Lemon Meringue Pie as really like her Carrot cake recipe (blogged here).

It was time consuming and everything didn't quite go according to plan. But the end result was worth it. The pastry, lemon curd and meringue all went together beautifully well.

The filling leaked a bit as I tried to remove the tart from the tin before it had set and there was a little hole in the base of tart. I know to leave it to cool down longer and ensure no holes in base next time! But despite the minor leak, the overall pie was unaffected and it was delicious.

Absolutely gorgeous. So divine. Lemon meringue pie could easily replace cheesecake as my favourite dessert! I’ve decided that this is my ‘showstopper’ dessert, where I'll pull out all the stops for a special occasion :-) 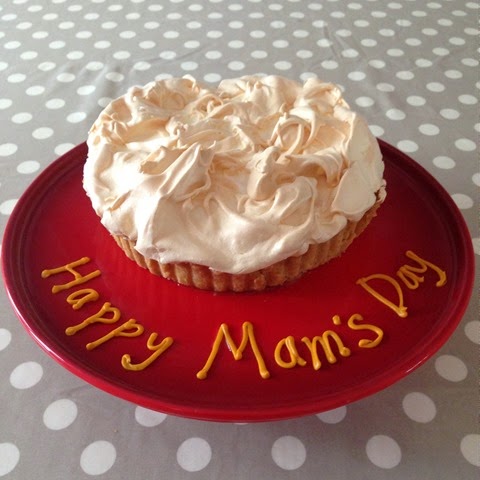 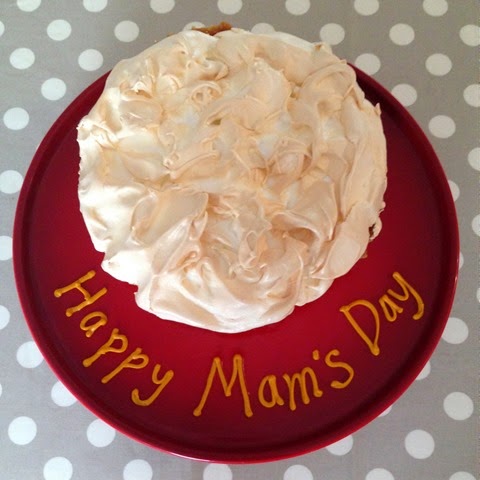 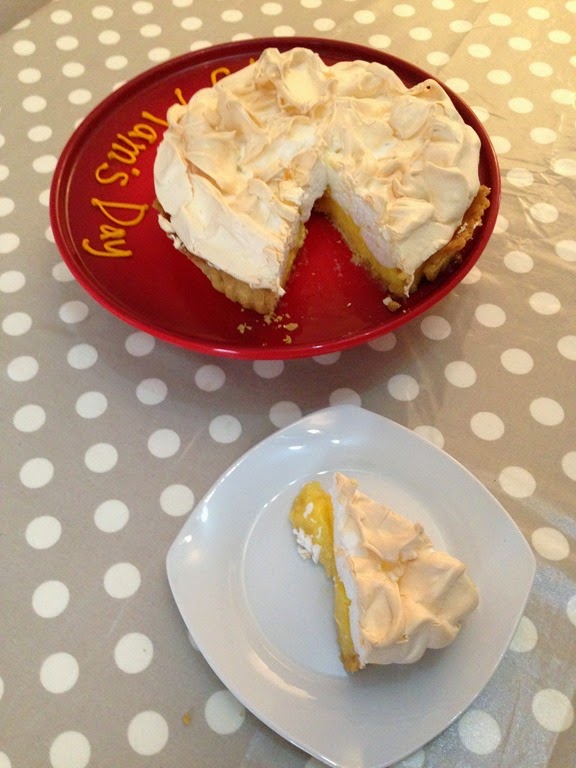 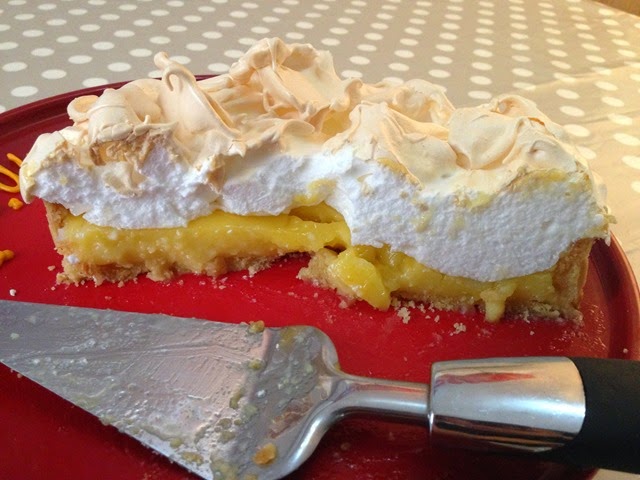 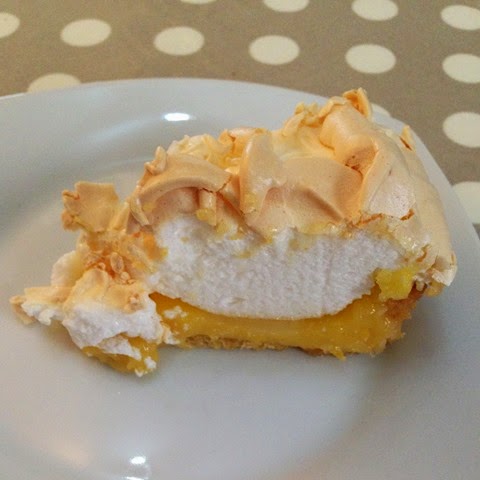 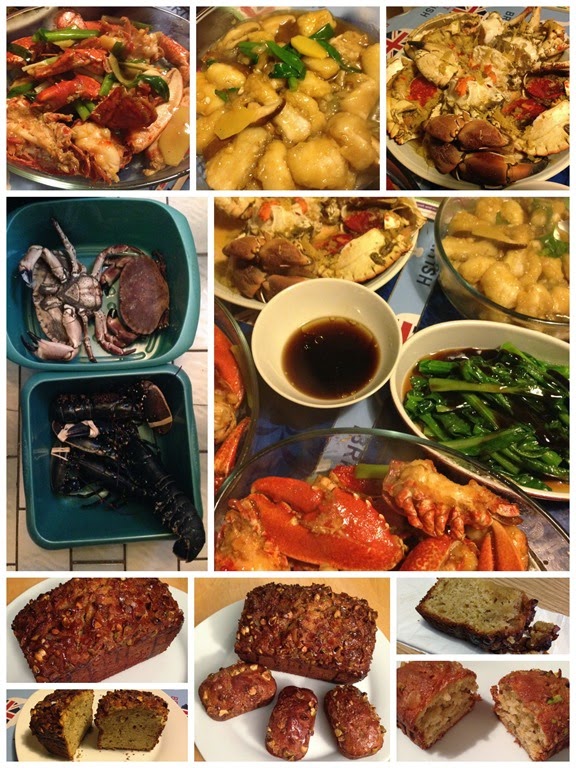 My dad cooked a belated Mother’s Day meal for my mum on the following Wednesday. We pushed the boat out and had a delicious seafood feast of crab, lobster and monkfish. It was interesting watching my dad prepare and cook the fresh crabs and lobsters. The meat was so tasty – cooking from fresh (live) ingredients does make a difference! 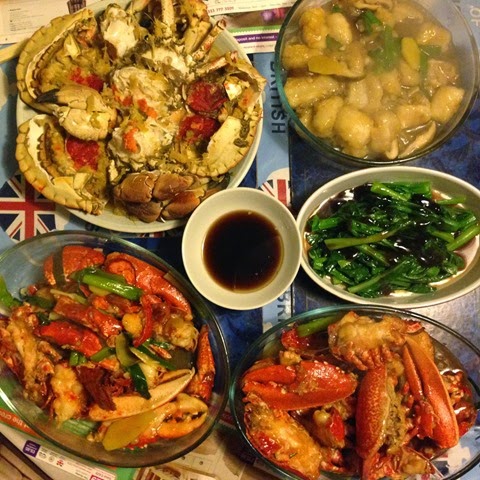 My mum asked me to make her a cake using two of her favourite foods: ginger and pistachio. I used Anisha Mistry's recipe for Ginger & pistachio cake. It turned out like the texture of a banana loaf with gingery flavour.  I added crystalized ginger and a drizzle of warmed honey on top to add a little sweetness and flavour. Next time, I would cover the top with baking paper/foil halfway through cooking to stop the top catching as much.

It’s not a sweet cake/tea loaf but just right for my mum’s tastes, as she doesn’t like too-sweet things. She liked it, so mission accomplished! :-) 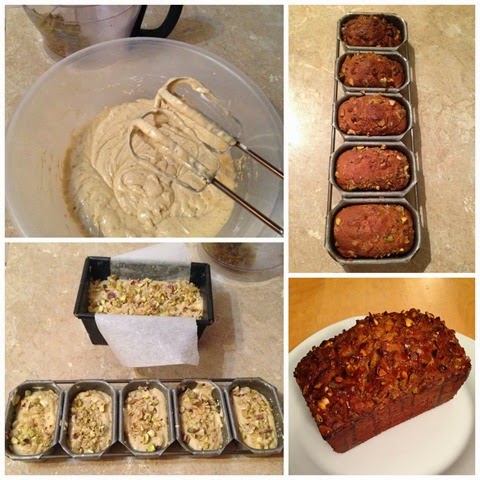