How’s your Christmas shopping going? We started ours last Sunday. After a successful day in town, we stopped at Longhorns Barbecue Smokehouse﻿. We've heard a good things about this fairly new eaterie. So were really looking forward to this meal.

You can't make bookings here and over the course of our visit, it was clear to see why. There is not a lot of sitting and seems to be a very busy place. We were happy to wait for a table though and seating for the two of us did open up shortly. There are large communal tables downstairs if you're happy to sit by other people.

Onto the menu and ordering food/drinks. We were told that there were no more ribs and chicken wings, nor hog rind. This was such a shame as we were hoping to get the ribs (before getting there). The menu is compact to start with - so it seemed poor that some of the food offered wasn't available - therefore the menu was made even more limiting.

The prices of food seemed reasonable for what you get. However, the cost of the drinks is seriously overpriced. I got a can of cream soda, which cost £3! I felt begrudged paying this much for fizzy pop. Leigh got Jakehead IPA (Wylam Brewery) for £4.50, which not as overpriced as mine, was still a bit on the pricy side. Though Leigh did like it that there was a local beer on the menu. 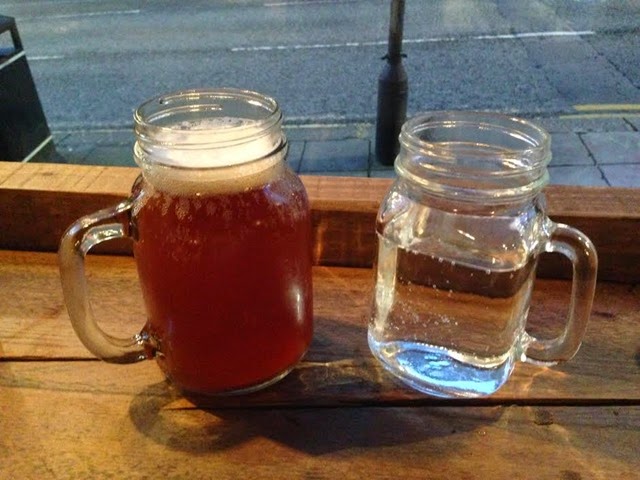 We both ordered a BBQ board each and between us got to sample 3 of the 5 meats on the menu (2 were sold out). The brisket was really tasty (the best bit), the pork was soft and moist but not that flavourful, and the Andouille sausage was alright. We tried all the sides (apart from Hog rind which was sold out). The fries were decent but we didn’t rate the coleslaw or the bean chilli much. You can get 3 meats and 2 sides for a tenner, which is reasonable for the quality. 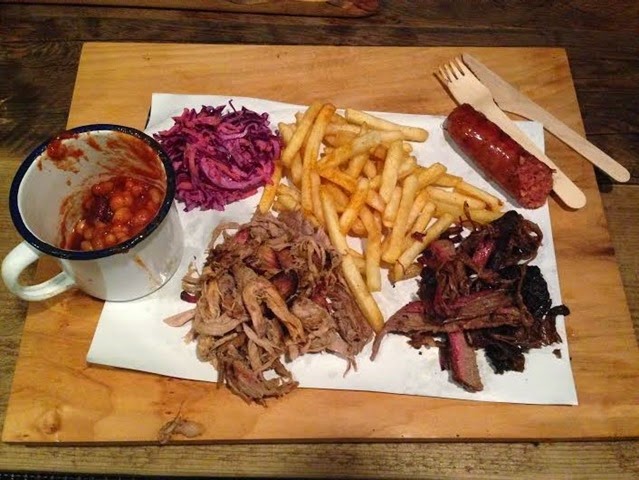 A family sat down on the table beside ours shortly after we had sat down. They had already ordered their drinks then went to order the food. They retuned to the table and we overheard them saying that there was virtually no food left, including the one vegetarian option, which was also sold out. They were clearly unhappy and left without finishing their drinks. It is a little concerning why they weren’t told about the food situation before they ordered their drinks. The customer service and care didn’t come across very well.

Food is constantly being cooked 24/7 and talking to the staff, it was clear that they have been unable to cook enough food to meet the demand. Often selling out way before closing hours. I think if they manage to sort out this problem then they are onto a winner! If they don’t, then I’m afraid they may lose customers if they keep disappointing people and turning them away.

We would return, as want to try the things we didn’t get to have today. Pork ribs in particular and the chicken wings (a staff member also recommended the beef ribs). But we will try to get there earlier rather than later, in the hope that the food hasn’t sold out yet that day! The staff member (who had been very helpful during our visit) advised us that the best time to get their food at its’ best is during the week at lunchtime. We are going to try here again very soon at these recommended times!
Labels: Christmas Longhorns barbecue smokehouse review