I blogged about my pancake recipe the other day that I use time and time again. These pancakes are the British version, thinner than their American/Canadian counterpart, and similar to a French crepe. I’ve never made thick spongy risen pancakes before, so wanted to find a recipe and give them a go.

This morning, I tried the Sainsbury’s recipe for Canadian style pancakes. Me and Leigh were pleased with the end result, so I will be using this recipe again. We actually found this style of pancake easier to make than the British version. Which is simple enough anyways!

We started off making pancakes with 1 tablespoon as the recipe stated, then with 2 tablespoons and then 3 tablespoons. We found the largest ones the best. In future, I'll use a 1/3 measuring cup, which will make it easier spooning mixture once rather than three times per pancake.

We didn’t serve the pancakes with bacon, but you could, and this is included in the original recipe. Butter and maple syrup combo is definitely a winner! 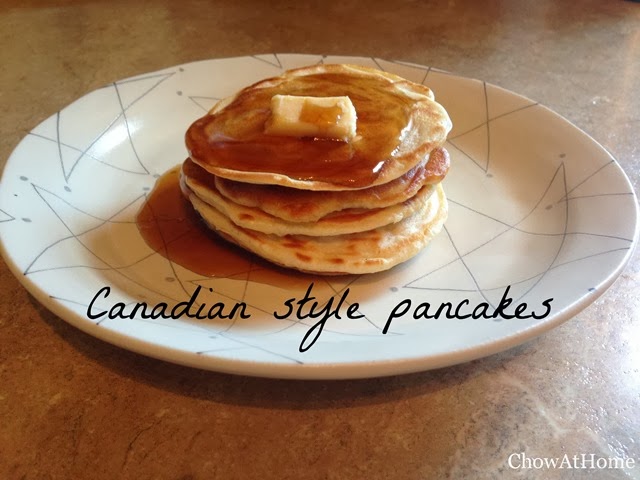 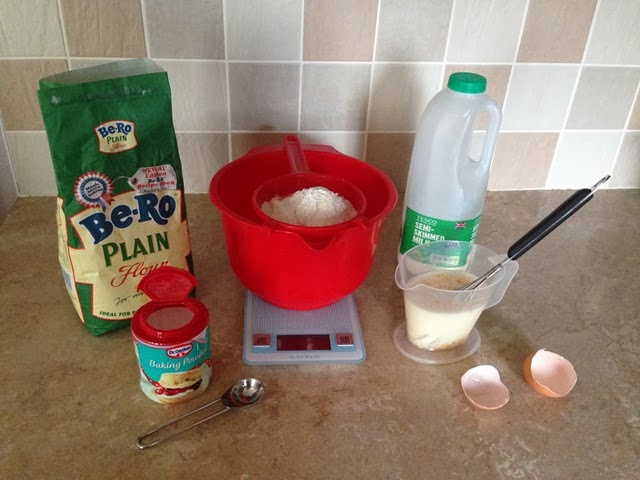 1. Sift the flour and baking powder into a bowl.
Whisk the milk and egg together in a jug until smooth.
Make a well in the middle of the flour,
then gradually beat in the egg and milk mixture with a wooden spoon,
drawing in the flour from the edges to make a batter the consistency of single cream.
Leave to stand for approx. 15 minutes.

2. Heat a non-stick frying pan and brush with a little of the oil.
Place 3 tablespoons / 1/3 measuring cup of the batter into the pan and form a circle,
then repeat, leaving space between each pancake.
Cook for 1-2 minutes, then once the tops start to bubble,
turn them over and cook for a further 1-2 minutes.
Set aside and keep warm.
Repeat with the remaining batter until all the mixture is used up.

3. Serve the pancakes with a little butter and drizzled with the maple syrup. 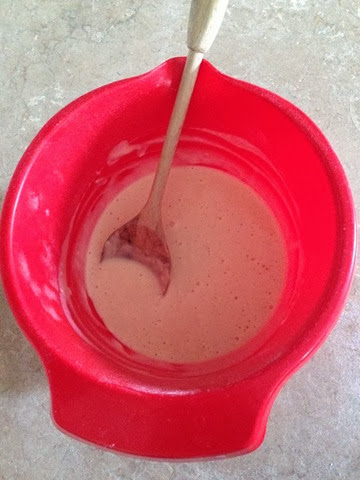 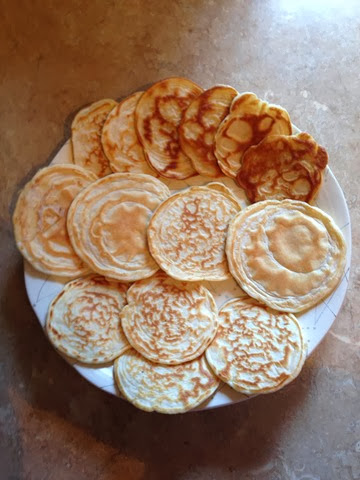